We are tightly packed, dense, filled, stuffed packages. The package moves and flows really, tissue pours from one place . into an empty space made by the moving of other tissue. Maybe 60% of the muscle body is muscle, the rest is other stuff. Go under that and and we encounter the viscera.

I’ve been especially interested and in the diaphragm and its relations to other parts of the body. My group and I have decided on a daring plan of leaving the costal arch and the diaphragm insertion in place while removing the upper thoartic cavity. This should yield an especially keen view of the function of the diaphragm on the contents of the abdomen. A diaphragm and liver and immediate neighbors on the right side of your body and sits all the way to nipple line. They are more like to counter-clockwise rotation cogs than a balloon rubber that flexes. The spin out and away providing more space for lungs.

We are dissecting the whole body and sexual organs are included. Today offered an exploration for a female glands. Yesterday was the male. Whats remarkable is how similar they are. One is essentially a smaller form of the other. Embryological they are identical for a while. Both are amazing structures, and if ever there was a place the gets brushed over in anatomy class, its the sexual organs, so there is a lot to learn about both of them.

Much of my day was spent reflecting the right anterior shoulder, tomorrow I’ll get to the posterior. Tonight I’ll relax.
@ the Cafe de Soleil. 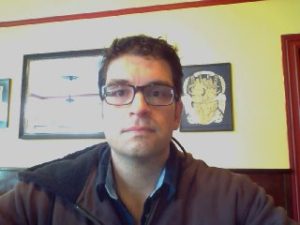