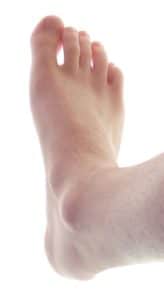 Yesterday morning, I headed over to Bodywork Professionals in Saratoga Springs for my next session of Rolf Structural Integration (SI) body work with Nick Pavoldi. Nick is the only Advanced Rolf Structural Integration Practitioner in the Albany region and only one of a handful of practitioners statewide.  I considered my very fortunate that he had given me this opportunity to work with him on my body’s journey of transformation.

As I mentioned in a recent blog post, SI is the creation of Dr. Ida Rolf, who spent the better part of her life and career devoted to exploring the healing powers of the human body.

Ida Rolf was a brilliant young woman who graduated from Barnard College in 1920 and went on to receive a PhD in biochemistry from Columbia University in 1925 – all by the time she was 25 years old. Seven years later, she became Associate Professor at the Rockefeller Institute for Medical Research – no small feat for a woman at that time.

Rolf was frustrated by the limitations of medicine and began studying different ways of treating the human body. She believed that, when the body is not balanced in gravity, its ability to function and move with ease is compromised, resulting in pain and distress. Her explorations led her to explore and embrace a wide range of disciplines, including chiropractic, yoga, and osteopathy. The program she ultimately developed – SI – is an amalgamation of her exposure to such a rich variety of disciplines.

Rolf spent the rest of her life teaching SI in an attempt to share her knowledge with as many people as possible, and by the time of her death in 1979, “rolfing” was gaining acceptance and respect worldwide.  Today it is offered around the globe by more than 1,500 practitioners.  I considered myself very lucky that Saratoga had become a new home to one of those practitioners.

As I entered Bodywork Professionals, I remembered that this session marked my entry into the second trimester, so to speak, of the SI program, and – after feeling so fantastic following phase one of the program – I was eager to experience the next phase. For those of you who are unfamiliar with SI, the program occurs in three phases, with each phase containing three-four sessions. A typical SI programs includes ten sessions.

The nature of the work done in each of the three phases varies significantly. Phase one typically focuses on opening up the body and working primarily on the superficial tissue; whereas, phase two works at a deeper level, with the goal of alleviating strain from deep within the body.  Finally, phase three works on integrating the body as a whole, establishing better balance, posture, and a higher level of energy overall.

Nick began the session, as he has in the past, by observing my posture and stance.  His trained eye looks for deviations from the central vertical axis – in other words, where the body might be slipping out of vertical alignment. My alignment was very good this time! Hmm, I said to myself, “It must be the new awareness of my body in space” –  something that occurred after my first session and has continued since.

Nick then went on to remind me that, in the first phase, we focused on opening up the body. The work involved freeing up the pelvic girdle, shoulders, and ribcage, allowing for fuller breath and a generalized feeling of “lightness” and well-being.  I recalled that I felt taller, lighter, and straighter after that session.  And I experienced a sense of euphoria that lasted for days, if not weeks, after the session had ended.

I positioned myself on the massage table, as Nick instructed, and he began by telling me what I could expect this time around. Phase two is also when much deeper muscle and fascia work occur.

“While session one is about lightness and the space around you,” he said, “this phase of the work is all about the ground.”

“They even look like ears,” he remarked.  When I thought about it, I had to agree.

Naturally, Nick began by working on my feet and calves. Using his knuckles, he applied intense pressure to muscles, tendons, ligaments, and fascia. It was actually possible to identify each different muscle or tendon he worked on as discrete and distinct parts of the whole. In other words, as he applied pressure, I was able to physically “feel” the role each muscle or tissue played in the proper function of the foot and lower leg.

By using his knuckles, Nick exerted extreme pressure on muscles and tissue, and I would characterize the experience as being highly “sensational” in the most literal sense of the word. But, what came after was a feeling that the body’s many parts had been released and were freer to do their work in the way there were intended to.

Rolf sessions are also highly interactive in nature.  Unlike traditional massage therapy, where the client lies passively on the table, SI requires that the client work in concert with the practitioner, pushing back against the pressure, in order to achieve maximum results.

The session ended, as do all Rolf sessions, with some elongating neck and spinal work – once again – a very interactive sequence. When we were done, whatever sensations of mild discomfort I may have felt during moments of intense pressure were immediately replaced by relaxation and relief.

As I stood from the table with my bare feet planted firmly on the ground, I could, quite literally, feel the ground beneath my feet in a way that I had not experienced before – or, at least not for a very long time. I had been suffering from plantar fasciitis – something that, if you’ve ever experienced it– you would not wish on your worst enemy.

Because of the severe foot pain, I had developed a way of walking and standing to avoid having my heel make contact with the floor. The resulting dysfunction traveled all the way up my body and caused “referred” pain in places you wouldn’t even expect it to occur.

I was shocked that I was actually able to stand – barefoot -with both feet planted firmly on the ground, toes splayed the way they should be, distributing my weight evenly and effectively. And, the severe pain that I had hobbled through the door with an hour earlier, was practically gone.

It’s hard to describe, not only the physical sensation of improved “grounding,” but also the enhanced sense of well-being and ability to move about more freely and with renewed confidence that the body is functioning as it was meant to and without pain.

With traditional massage, you may feel relaxed afterwards, but you are likely to eventually experience a return of discomfort in the same place that was bothering you before.

With Rolf SI, however, the goal is to re-align the body to its proper position and functionality.

“If we only addressed the areas where you feel pain,” said Nick, “all we would be doing is treating the symptom. We would not be getting at the root of the problem.” By balancing the entire structure, the problem behind the pain is addressed and corrected.

This morning, as I began to get out of bed, I hesitated a moment before planting both feet firmly on the ground. The intense pain that I had come to expect as an inevitable part of my new reality was virtually gone! My posture is better, my balance and gait are more steady and fluid, and my “referred” pain in other areas has receded.

Of course, there are exercises and massage therapy that I can perform on myself to help maintain my body’s improved functionality; but, that is all a part of the process.  All I can say is Rolf On!